DuoVR is an extension of Duolingo that reimagines the language learning app in the Metaverse. How does imaging brands in the Metaverse bring value to users that traditional digital mediums don’t.

There's a problem with how we learn language... We don't.

The way we're taught language is not how we learn language.

DuoVR is a VR extension of Duo Lingo's app experience.

In DuoVR you learn by playing. Rather than studying or being lectured to you learn by exploring the world, interacting with others & completing quests.

Gaming & education are better together. Leaning on principles from both disciplines DuoVR encourages learners to learn by exploring a world built for them rather than linearly through a text book.
‍

In a Universe
‍

In a universe of different cultures there's a world of French, in that world there's a city of French speakers, In that city there's a district of learners of the same level & in that district is you.

Players learn by exploring these worlds becoming more fluent as they progress. 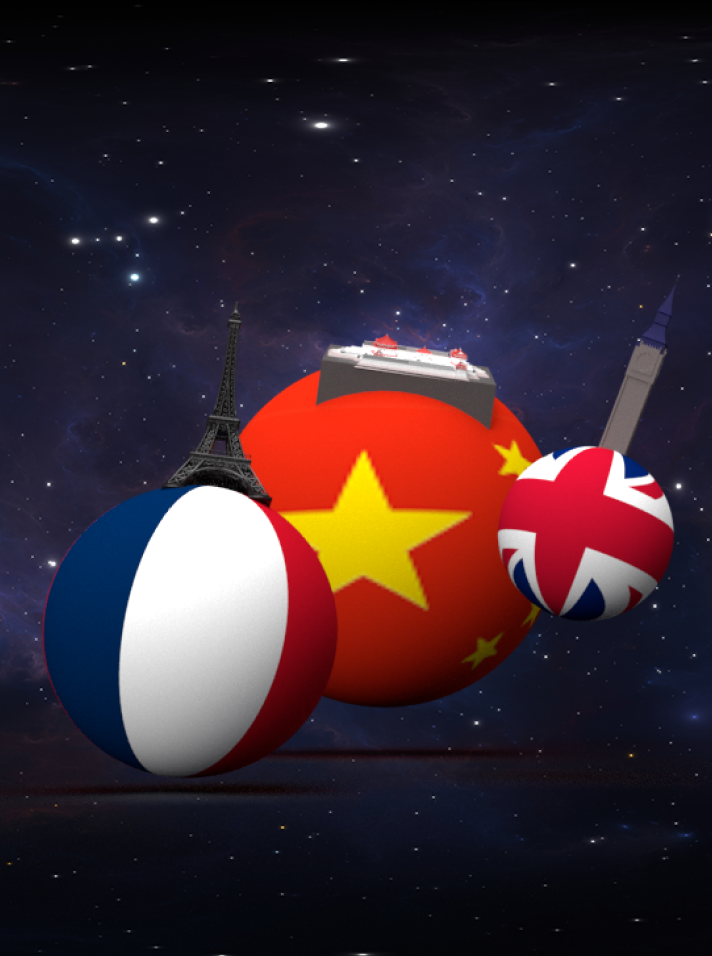 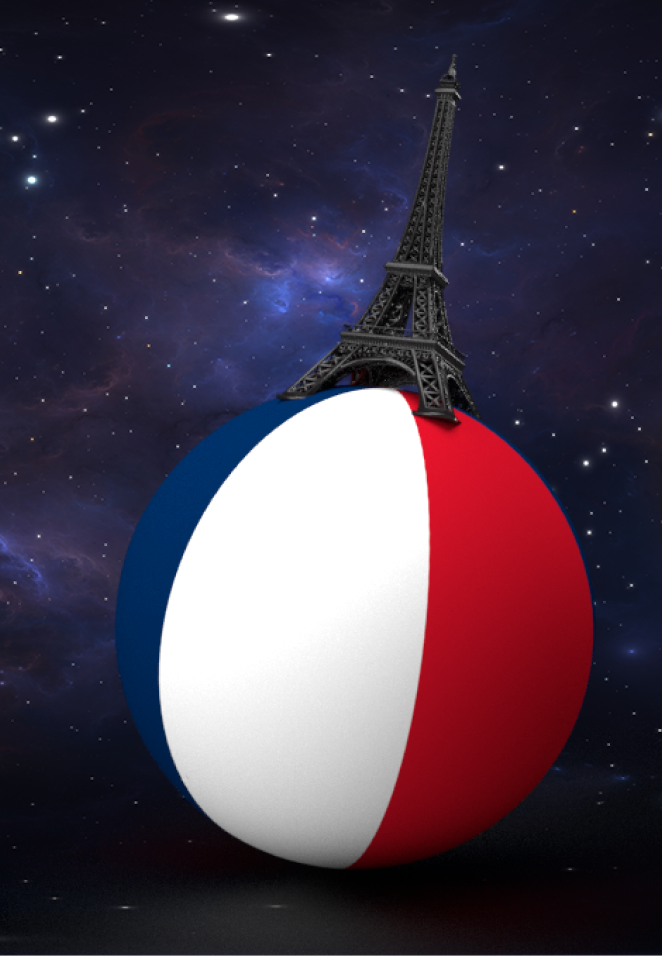 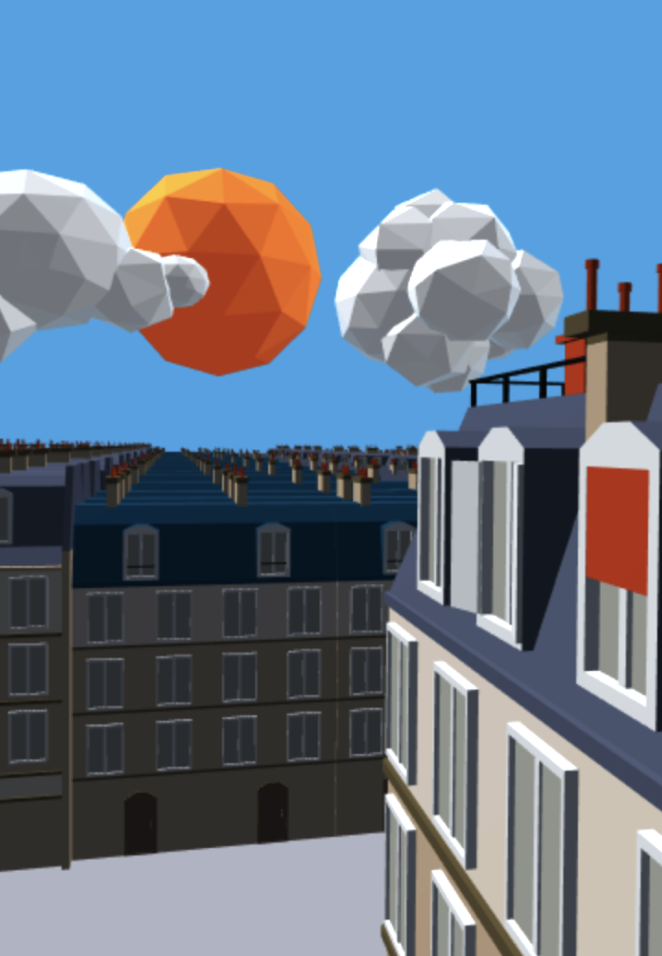 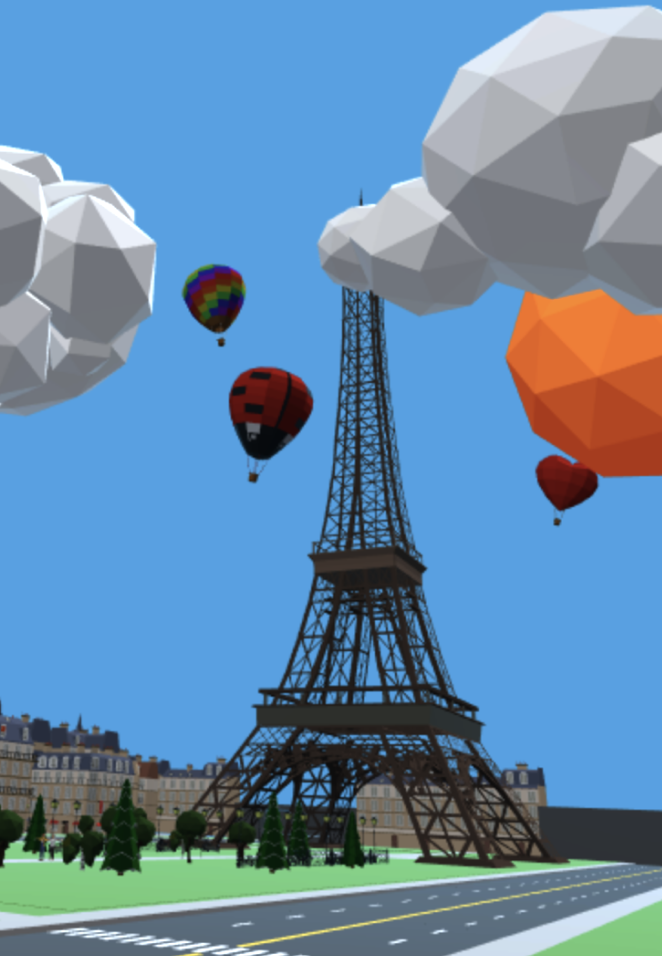 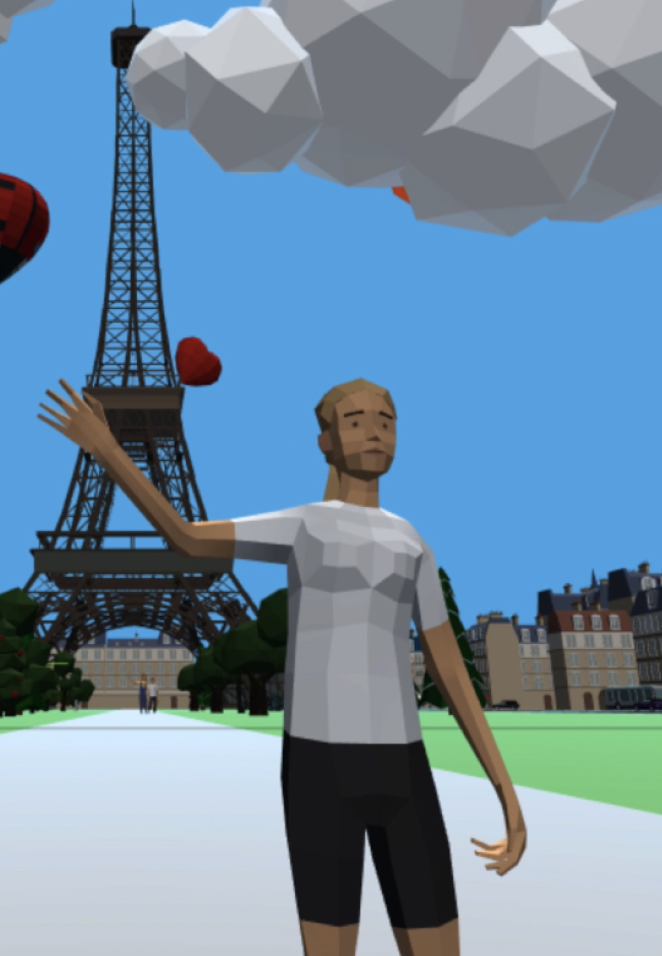 Quests are the basic tasks that you complete in the game. Just like you do in the mobile app experience learners will complete tasks by answering questions via voice, multiple choice, & writing.
‍

Learn the top 500 words of a language.
‍


One of the best ways to pick up a language fast is to learn the top 500 words of a language. In DuoVR you get assigned this quest right off the bat. It's a passive quest that players can do while they explore & take on other quests. 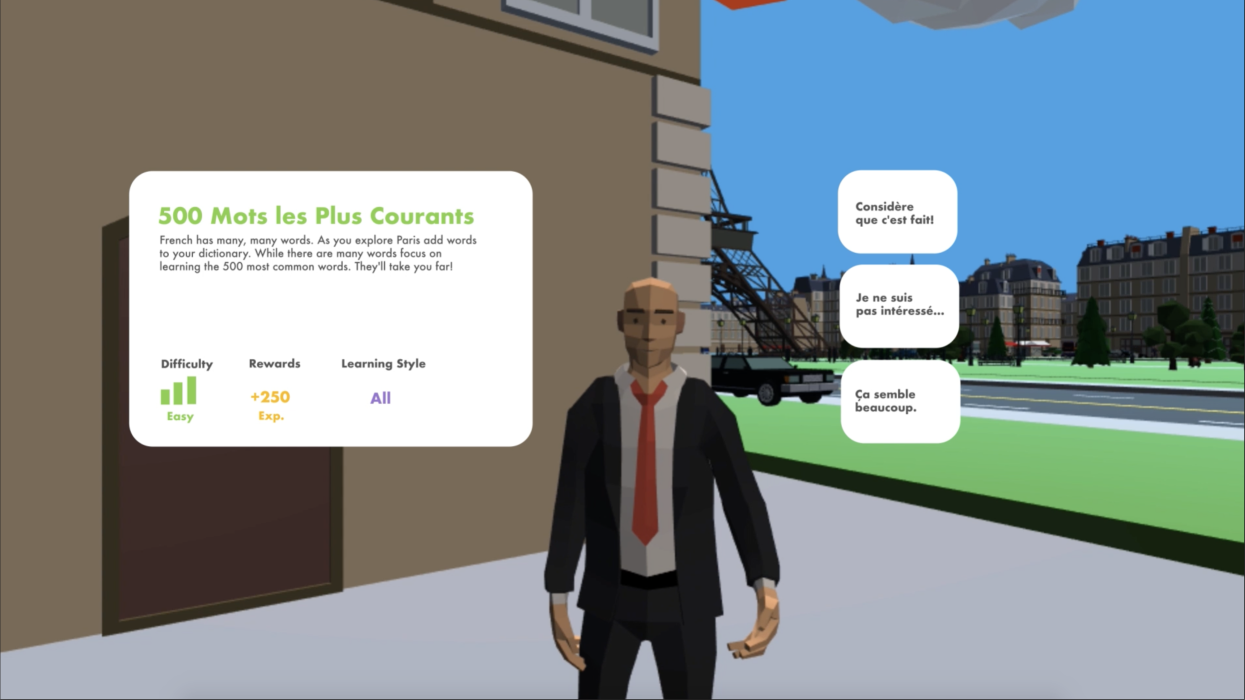 Meet other people with a shared love of language.
‍

Socializing is important in gaming but even more important in education. One of the basic principles that makes for a successful learning experience is having some sort of social aspect. After you've completed some quests and developed a basic understanding of the language you will be encouraged to start socializing with others to complete certain tasks.

Karma is an important feature of this game, helping others helps you move forward. 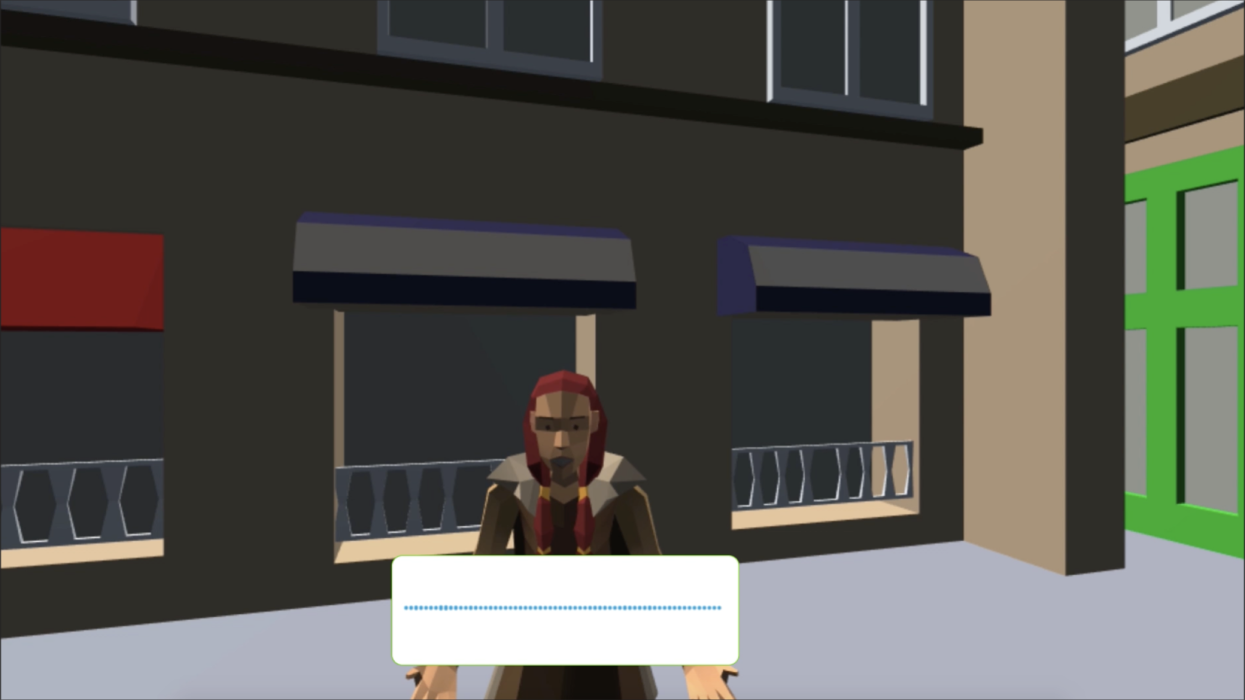 Seeing your progress is important to a learners success.
‍

As you complete quests & help others you will gain experience, gain access to new areas and most importantly become more fluent. When learning a language the traditional way it's hard to know how fluent you really are. In DuoVR it's easy to see how you progress from A1 (least fluent) fluency to C2 (most fluent). 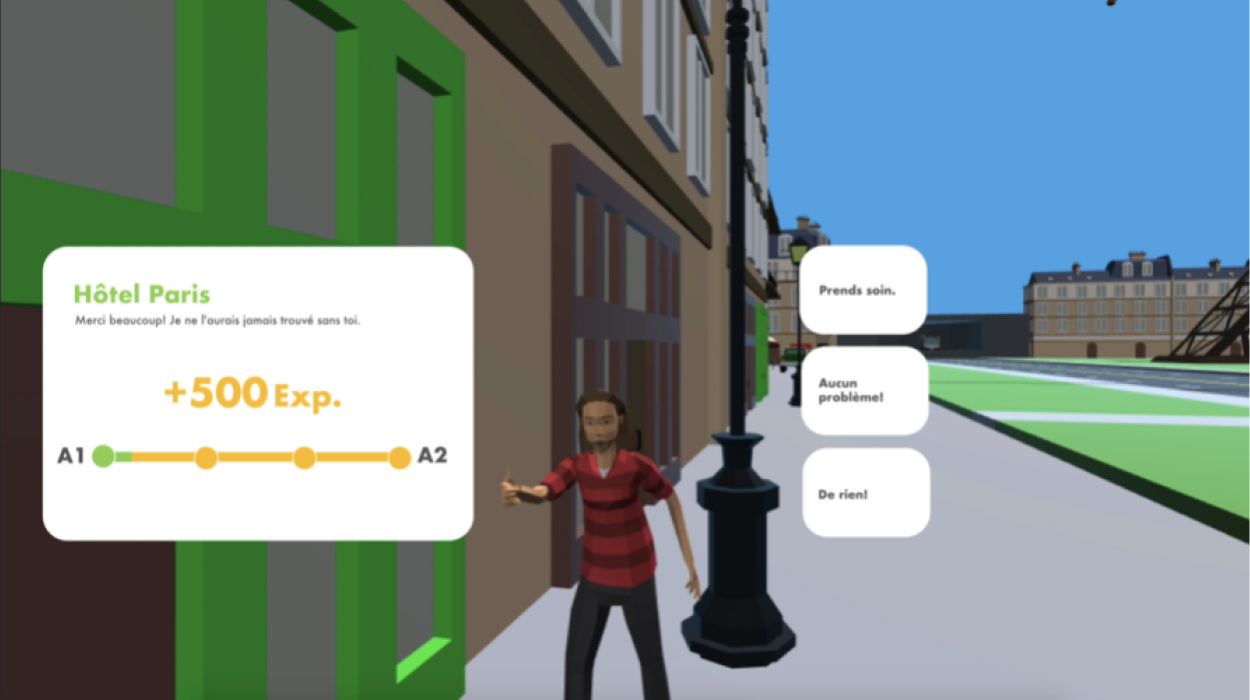 Who are these learners?

There are 4 types of learners in the world.

But they have something in common.

How do they learn?

They learn best when they're in the right environment.

Getting to know them better

I spoke with them about their experience learning languages.

In addition to the interview I asked interviewees to try out Mondly, the most easily accessible VR language learning app on the Oculus store. People's reactions were positive however some key points of improvement was making that experience wasn't as interactive as it could be and the graphics existed in the uncanny valley.

And asked them to review a competing VR experience.

My conversations reflected the research. People I spoke to who took language courses in high school didn't successfully learn that language, and they left the experience feeling that they were "too dumb" to learn. What's interesting is that they didn't give up. They periodically picked up learning again on apps like Duo Lingo but would ultimately put it down again due to a lack of interactivity and shifting priorities.

Who's playing in this field?

VR is simply the most immersive medium to date. In addition leaners who are taught in these environments out perform their non immersed counterparts.

Luckily unlike a few years ago this technology is more accessible than ever. Consumer options like the Oculus Quest can be purchased for less than the price of a Playstation. Unlike Playstation however VR headsets are beginning to show up in schools around the country.

Who this is for

George is an average high school student on the east coast. He comes from an affluent family who can afford new gadgets. His family is from Senegal and his parents speak French but he never learned despite taking classes when he was young. He's interested in being able to speak with his parents but has never had the attention span to learn in class. He values his social life more than grades and has a tough time doing activities if his friends aren't involved.
‍

These principles are based off of the pain points of the learner and the research. I used them to make sure that this product meets the needs of the user.

Learning is a social activity and our learners are social people.
‍
Empathetic

Empathy is both an important quality for
the learner and important tone that the experience needs to take.
‍
Inclusion

Learners come from all over and have different cultural backgrounds,
different learning styles, and different needs.
This product needs to reflect the diversity
of users and include all of them when making design decisions.
‍
Immersive

While this seems obvious because this is a VR experience research
showed that existing products don't take full advantage
of VR's immersive nature.

Leaners are going to feel vulnerable during this process.
The tone taken with users must always be positive,
users need to feel empowered that they can successfully learn a language.

In this experience there are different worlds that reflect different languages.

In these worlds are cities where the players learn & explore.

In a city there's a district.

Districts areas of a certain difficulty. When a learner completes all the quests in a district they perform a "final district challenge" which can be thought of as a boss battle. If they pass then they advance to the next district and the skills they learned can be considered "mastered."

In a district there's you.

The basic interaction in this game is completing quests. Quests are given by NPC's. These quests have you exploring the city to learn a concept in grammar, vocab or culture that challenge learners based on one of the 4 learning styles (audio, visual, kinesthetic, reading/writing.) Once a user completes a quest they return to the NPC and get the experience points that push them towards higher level of fluency.

Once the learner has gotten a grasp of vocab & grammar they'll be challenged to work with other players to complete quests. This allows users to get actual experience using the information they've learned. Quests that require others are less common than the basic vocab & grammar quests and more challenging.

The last loop is the fluency test or "boss battle" that happens as learners complete all the quests in a district. This challenge unlocks the next district. Users can return to a district to help others or review concepts.

In my initial attempt I made a 3D version of Paris using a satellite image. It quickly became very unwieldy to texture and really just deepened the "uncanny valley" that I was trying to avoid. Rather than waste too much time on making it work I switched to creating a low poly Paris in Unity.

To demonstrate what an interaction in this experience might look like I have a player talking to an NPC. The NPC is giving the user directions, the challenge the user has is getting to the location. In this first iteration there was a thought of keeping the hearts that exist in the Duo Lingo app. When you lose your three hearts you have to do review to get them back.

In Prototype 2 I added VR movement. Interactions with objects, UI interactions and more robust animations of objects in the game.

I used a script to get the NPC's to wander around the area to simulate what the game might look like. I also changed the scene to be more distinctive of a culture, in this case France.

The most important thing that I learned from this experience was learning how to learn. Learning requires clear objectives, a community of people who are also involved in what you're learning and scaffolded steps. Knowing this has helped me when it comes to learning new skills since this project.

In preparation for this project I read Ideo's framework for human centered design and used that to model my process. I amended some of the steps